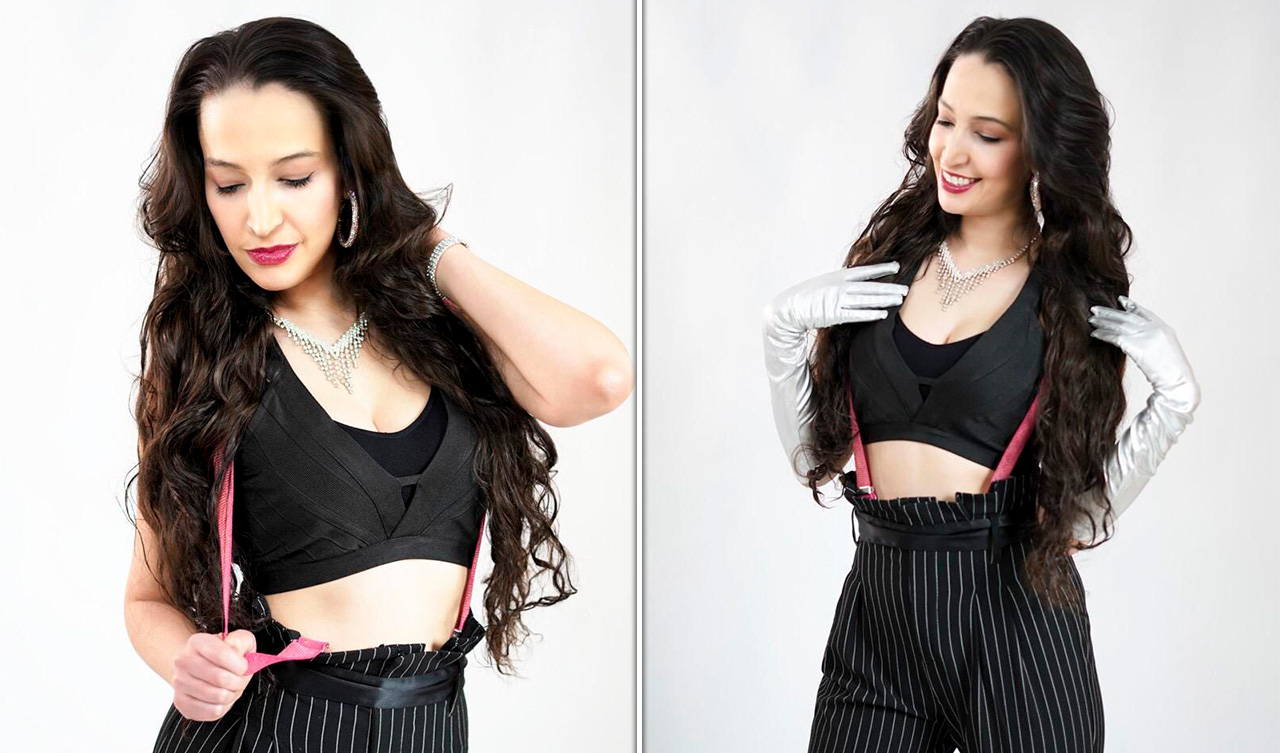 Sofia Katsaros is half Greek, half Colombian, born in New York. She relocated to a town called Corinth in Greece at the age of 10 with her family; a year before moving to Greece she had decided she would become a singer. When she was 18 she moved to Athens and began her career as a professional singer/ show woman. Sofia has performed with many famous artists all over the world.

Besides taking voice lessons and dance lessons with several qualified instructors both in Athens and NY, she is also a graduate of Deree, The American College of Greece. Her bachelor’s degree major was in Communications with a focus on Public Relations and Advertising; her minor was in Foreign Languages Italian and French. Sofia speaks 6 languages: (English, Spanish, Greek, French, Arabic and Italian), and can also sing in many different languages. She is also a professional freelance translator for two companies on her days off from performing.

Sofia Katsaros first single, "With You Here Tonight”, was a collaboration with World Famous American hit producer Alvin Anthony that was released through a major Greek record label Heaven Music. Sofia’s next single is a Remix of “With You here Tonight”, produced by the one and only hit producer Jason Kohlmann, released by Tarbo Records in the United States. During these difficult times we are all experiencing all over the world, Sofia Katsaros and music producer Chris Keya wish to inspire hope with their new single, "PERFECT”.

It’s a fun dance song that speaks about the concept of true LOVE and how it protects us from evil and harm when it is pure.

We hope it fills your hearts with hope and keeps you all in good spirits.