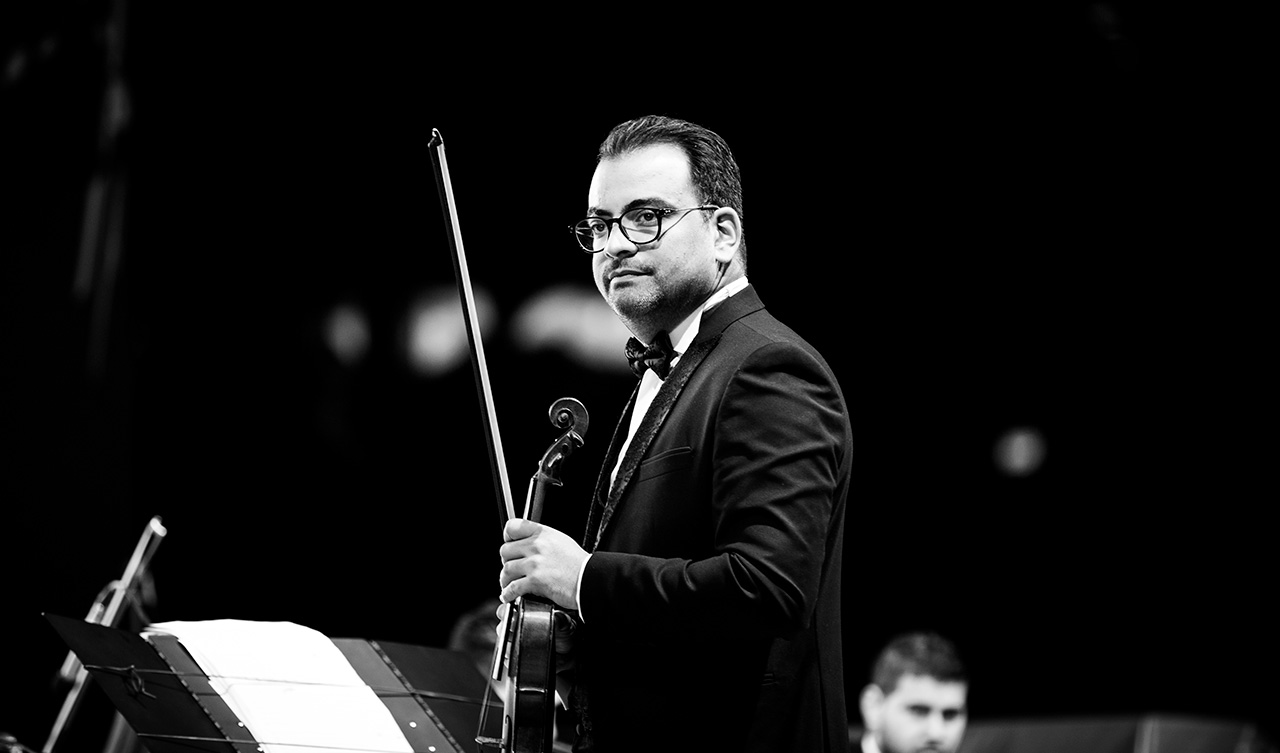 KHALIL BABA AHMED, music artist, conductor and architect by training; born 20-08-1983 in Tlemcen in a family of music lovers, Îl immersed himself in the musical world since his 12 years where he chose the violin as a faithful companion during his training and artistic career During his musical journey, Khalil was part of several local, regional and national orchestras of different styles. He was the one who created the group Jarka, focused on fusion and World Music.

Through his wealth of experience in this field and the various national and international exchanges and meetings in which he took part, Îl widened his perspectives and nourished his ambitions by setting more advantage in the field of research relating to the transcription of Andalusian music, that orchestral direction, orchestration and composition. This allows it to offer a breath of freshness to traditional Algerian music where it knew how to marry tradition, universality and modernity and the international project "Music and peace" 2014-2015 was the first witness, a success recognized unanimously which introduces other projects in the same spirit, namely: DJAZAIR Musique et Paix 2015, Poésie et Contes France-Algérie 2015-2016, Tlemcen in Lille 2016. In 2017, he signed two international collaborations, one Algerian-Serbian with the big international diva JADRANKA JOVANOVIC, show entitled `` Serenade of friendship '', and the other with the Armenian artist ANNI ARZUMANYAN in duet with the Algerian MANAL GHERBI, where he presents his latest artistic creation '' Mystical Muse - over time "during the international festival of Andalusian music and ancient music in December 2017.

Innate teacher and trainer, Îl created in parallel to his professional career a music learning workshop carrying his last name. Studies since 2015, he was at the head of several master classes bringing together young musicians from all over the national territory, a knowledge: - Edition 2016 - Tlemcen - Edition 2017 - Algiers (FIMAMA) - Edition 2018 - Algiers (FIMAMA) He is recently at the head of the SAFAR ensemble creation project which brings together forty young musicians from all over France who participated in the last master class and presented a first show entitled "My star".