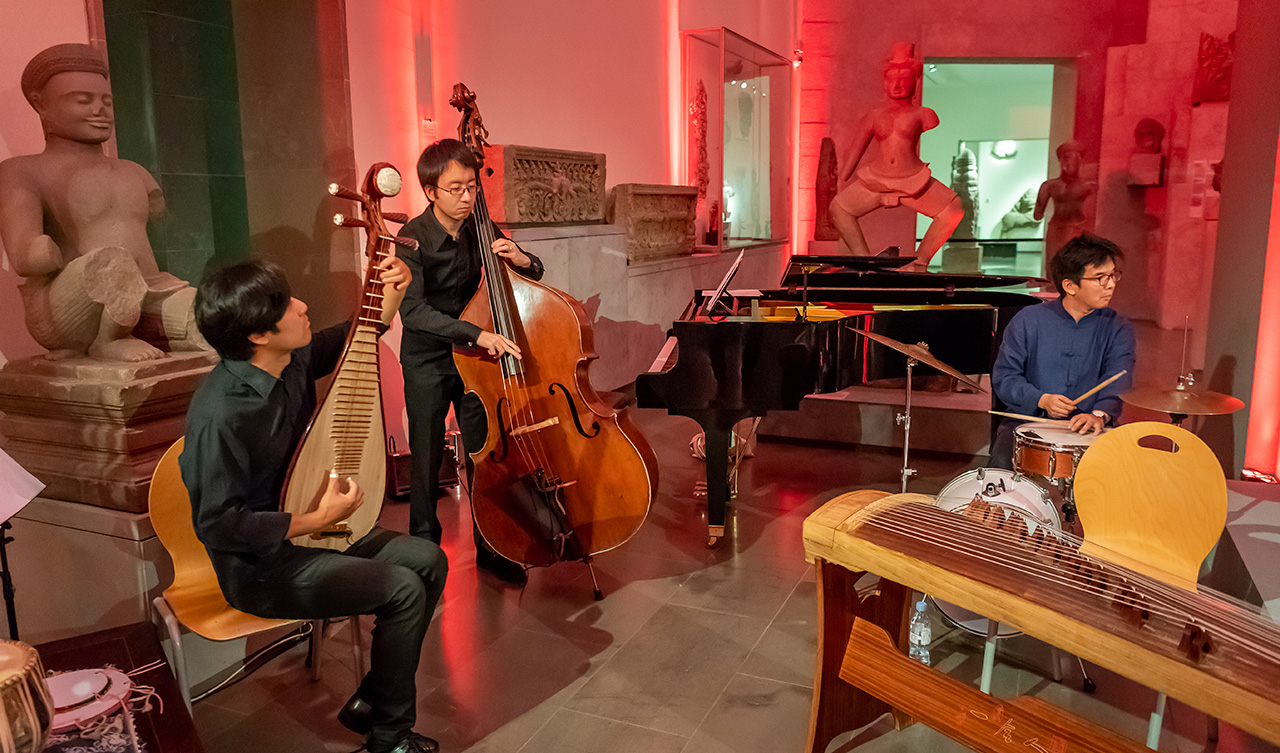 They three met each other around 2016. Since then they start to play together as a trio.

Xingchi and Taro(japan) both graduated from conservatory of montreuil in section jazz. so they bring a lot of jazz color to the groupe.

They combine chinese elements with jazz feel together to create a new style of music which is "New traditional chinese jazz mood" for Yiqing Liu who is undoubtedly the one who attracted the most attention. Since his arrival in France, he has reinvented the Chinese sky in concert through concert through a multicultural Paris.

When they play together , they know that that's the music they want. The name of the groupe is called 徵韵, In chinese traditional music 徵(zhî) is the most used mode and also the Vth degree in jazz is most important degree too, and for 韵(yùn) that's the spirit most deep energy for all the human-being.

They like to spread the art of the combination of chinese music and jazz music.