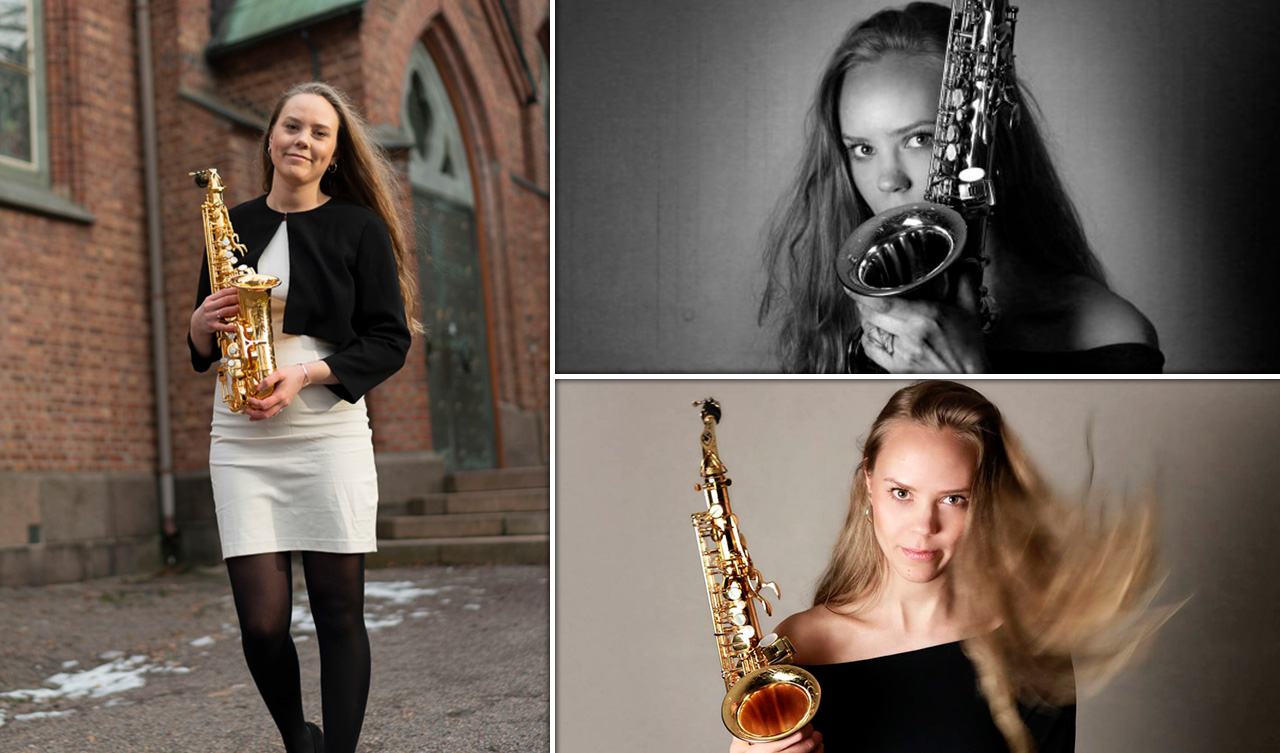 Aina Helgeland Davidsen was born in 1993 and began playing saxophone when she was six years old with Eli-Marie Davidsen. She has travelled all over the world taking lessons with Arno Bornkamp, Lars Mlekusch, Vincent David, Jérôme Laran, Jean-Yves Fourmeau, Jean-Marie Londeix, Claus Olesen, Ryo Noda, Johannes Thorell, Vibeke Breian, Christian Wirth, Johan Van Der Linden, Asya Fateyeva, Rene Wiik and many more. Her bachelors were teached by Claus Olesen and Johannes Thorell, amongst others for masterclasses at The Royal Academy of Music, Aarhus. Fall 2016 she studied as an exchange student with Johan Van Der Linden for 6 months and summer 2017 she finished her masterstudies in Aarhus, Denmark, with Johannes Thorell and Henriette Jensen.

Since she was ten years old she has been playing in several quartets and ensembles that also have travelled around the world participating on courses and in competitions. In 2009 she won the Norwegian Championship of her age-class, she has come in second place in the same championship 2011. Aina has been a soloist with different orchestras: Drammen Symphony Orchestra, BISYOC symphony orchestra and The central Staff band of Norway. Summer 2015 she was, together with her sister Julie Helgeland Davidsen and the famous violinist Ragnhild Hemsing, a soloist with BISYOC symphony orchestra in Norway. During her first year of masters she won the Ticon-prize, located in Drammen, Norway, and May/June 2017 she recieved 1st prize in Stockholm International Music Competition. April 2018 she recieved The Norwegian State Grant for newly educated musicians so that she can study deeper into composition.

Today she is currently working in Trio TrIvA (Guitar, Saxophone and Clarinet), RAKLEVERK (with electronics and a jazz musician and composer), Duo Fivreld and Duo Dimitry/Aina. She is working on a series of albums coming up called “Then” and “Now” including her own compoisitons for saxophone and electronics. Fall 2018 she started her studies at Timani – Musicians’ Health & Movement instituite to study Timani, to learn more about combining anatomy and music. In three years she will in addition to her masters in classical saxophone have the title certified Timani teacher & lecturer.

In addition to her ensembles she is performing together with her project Erratio at several stages, and working on a project named “Surviving the thought” supporting young people in need of mental health help. Aina teaches saxophone daily at the cultural school of Skien, Musical high school of Skien and Sandefjord in addition to her private students.