Among the group's hits, we would outline, “GTB” (Generation Head Down) released in 2017 which raises awareness of the dangers of mobile phones overusing and “GARÇON_C'EST_GARÇON” (2017) which presents a captivating image on a controversial subject established men’s infidelity.  The last hit is currently a part of the TOP 10 playlists of Afro-Urban Music. FAMILYZIK (les 4Garçons) recently won a National Singing Competition called “Bénin Stars Tour 2018 edition” with the single "Collé Chimenté", its official clip is currently broadcasted on cable channels including Trace Africa. Finally, on July 26, 2019 the Quartet released "Collé Chimenté 2.0" in collaboration with Sidiki Diabaté (Le Prince de la Kora) a very rhythmic and captivating song recorded in the studio of Diabatéba Music in Mali. This song is warmly welcomed by FAMILYZIK fans around the world.

One of the strongest assets of this collective is a successful adaptation of their songs to life reality and social problems, it goes apart from the fact that they are vocalists. Each collective member is a musician and instrumentalist – it makes FAMILYZIK an exceptional team in the competitive universe of Afro-urban music. Let us mention the Fashion Perfectionist and Swaag side of a group. They focus on style, colors and fashion trends. 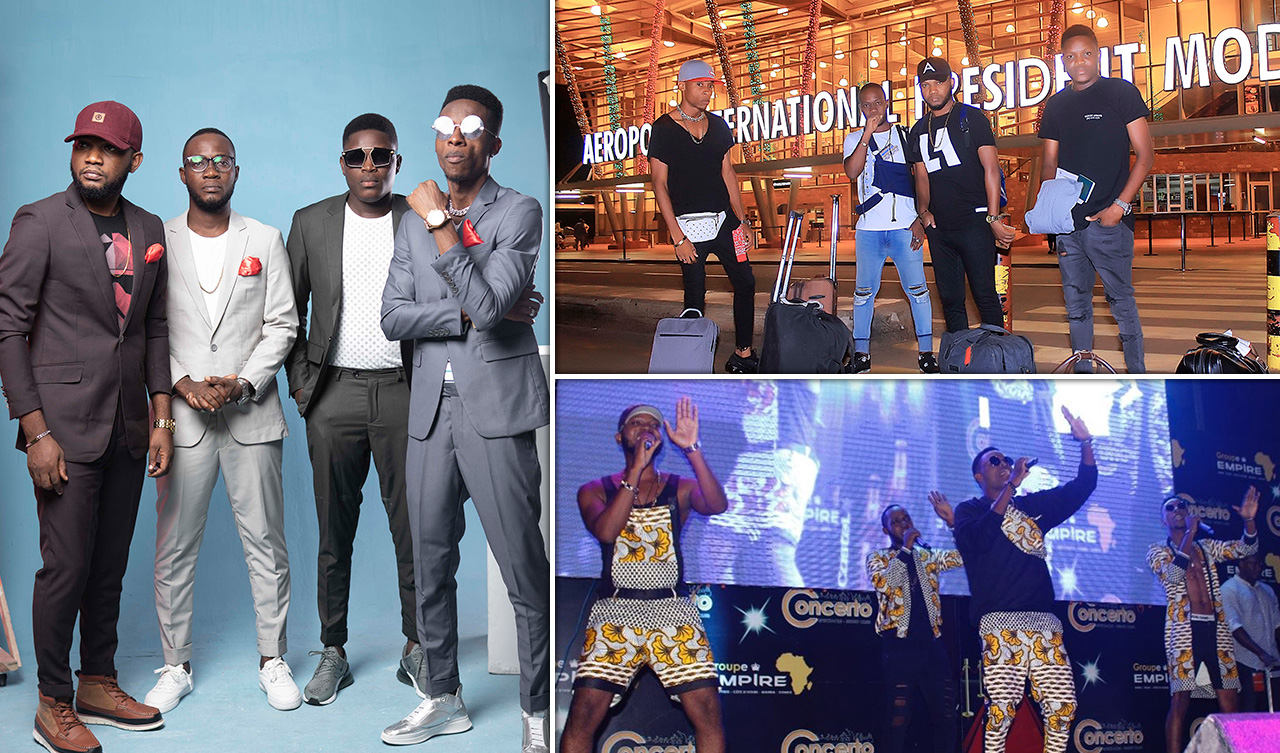