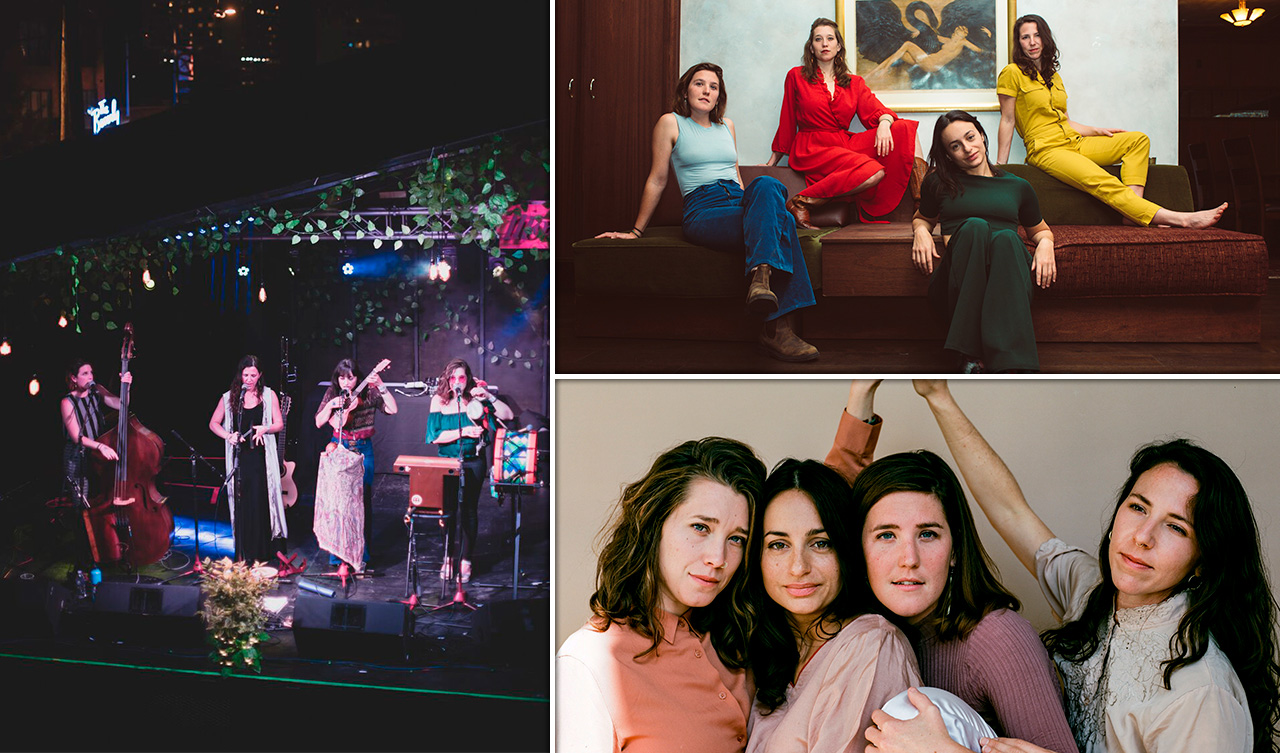 Rooted in rhythm, Ley Line transcends genres and languages. Dynamic harmonies run like a current through textures of stand up bass, guitar, ukulele and world percussion. Raised on the North American traditions of blues, folk, and soul and inspired by their world travels, Ley Line creates a global soundscape; blending influences from Brazil, Latin America and West Africa.

Ley Line is the musical merging of two duos. Austinites Kate Robberson and Emilie Basez met twin sisters Madeleine and Lydia Froncek at the Telluride Bluegrass Festival in 2013. Since reuniting in Austin in 2015, Ley Line has been weaving together their individual journeys into a collective vision to unite audiences around the world.

The name Ley Line comes from a theory of energetic pathways that connect places of historic, geographic and spiritual significance around the world.  and find the common thread the ties us together across cultures and borders.

In 2017, we embarked on a self-managed tour and documentary project through Brazil. For nearly three months, we traveled and played in schools, homes, hostels, bars, venues, and cultural centers. Kate and Emilie had lived, studied, and developed their sound in Brazil from 2012 to 2014. This tour was a chance for all of us to connect with the country, ultimately, inspiring a myriad of new songs. Through the challenges and joys of life on the road in a foreign country, we grew closer. From the constant hum of the engine emerged a melody to commemorate how travel reminds us of the power of our collective past and the beauty of the present moment.

Throughout 2020, we are continuing to release these songs while we produce a visual album from content filmed on the tour. The short film will reveal the imagery of the mystical, chaotic, and vibrant way of Brazil and how it guided us along the journey.