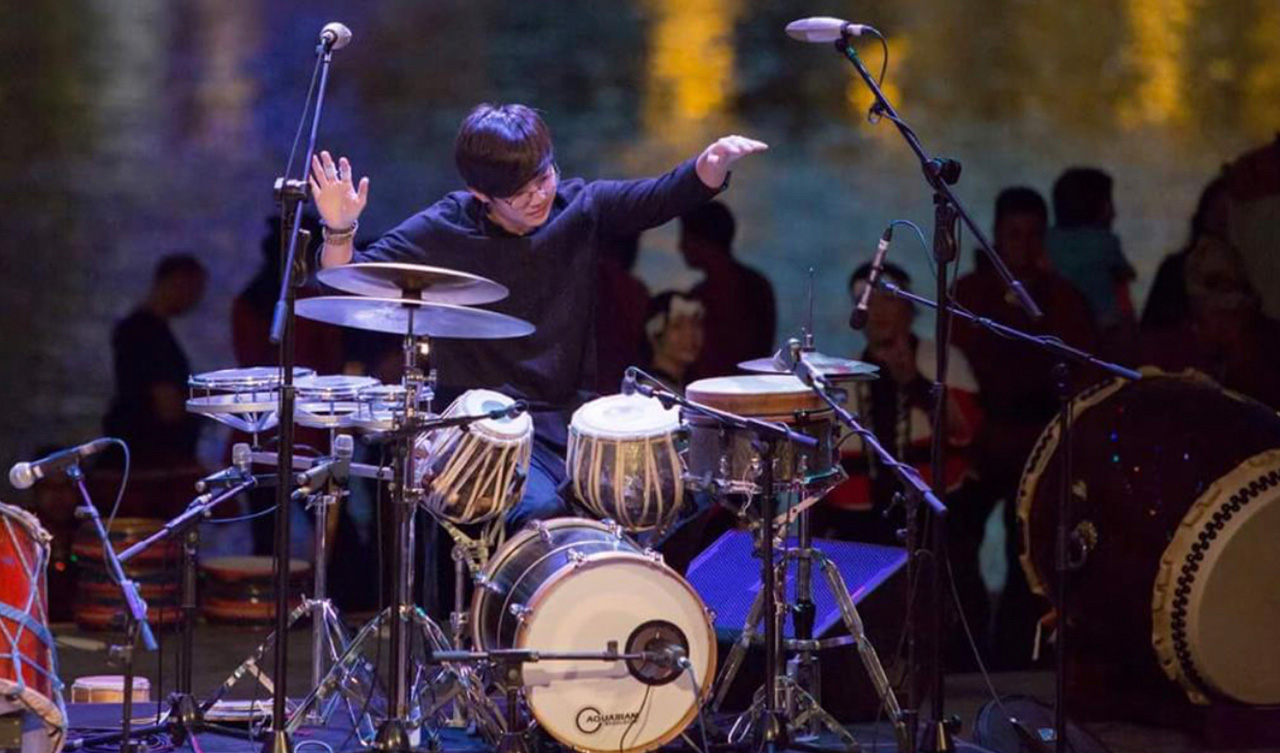 Govin Tan is a Singapore based multi-percussionist/drummer/composer.

Govin Tan started his music education at the age of 5 and he only started learning the art of Indian Music - Tabla at the age of 12 with Mr. Chandra Sekaran (Singapore) and subsequently furthered his craft with Ustad Jagjit Singh (India, Punjab).

Besides performing extensively with musical groups Sa the collective, OpenScoreProject, and performing solos with the Singapore Chinese Orchestra, he also cofounded the eclectic band, fusing eastern and western elements, Flame of the Forest.

Govin was grateful that individually and with his band “Flame of the Forest”, he had the opportunity to travel, perform alongside other musicians and introducing Singapore’s culture and music to countries both in Asia and Europe.

Govin aims to seek for a deeper understanding of being through the means of composition, and recently spearheaded a new duo, "Govin Tan & KAI" as an avenue for this self exploration.

Kai Lin Yong, known to many as the Fiddler for Peace, Kailin believes firmly in the power of music and love to affect profound and positive changes in the world. He was trained in Austria at the Musikhochschule Wien and was the recipient of the Daniel Pearl Memorial Violin in 2004 for his efforts in building cultural bridges through music.

In 2013, Kailin returned to his native Singapore after spending twenty years living, traveling and playing in Europe and America. Since then, he has been actively sharing his gift as a music director and composer with theatre and dance groups like Checkpoint Theatre, Flamenco Sin Fronteras, Maya Dance Theatre and In Source Theatre, just to name a few. He is also the founding member of several pan-cultural musical groups including the Kailin Yong Peace Project, NuMundo, Y Quartet, the Lost Tribe of Pulau Gypsy, the Qilin Group and the PLUS Trio.

Kailin currently teaches at Lasalle College Of The Arts, School Of The Arts (SOTA) and Dulwich College.