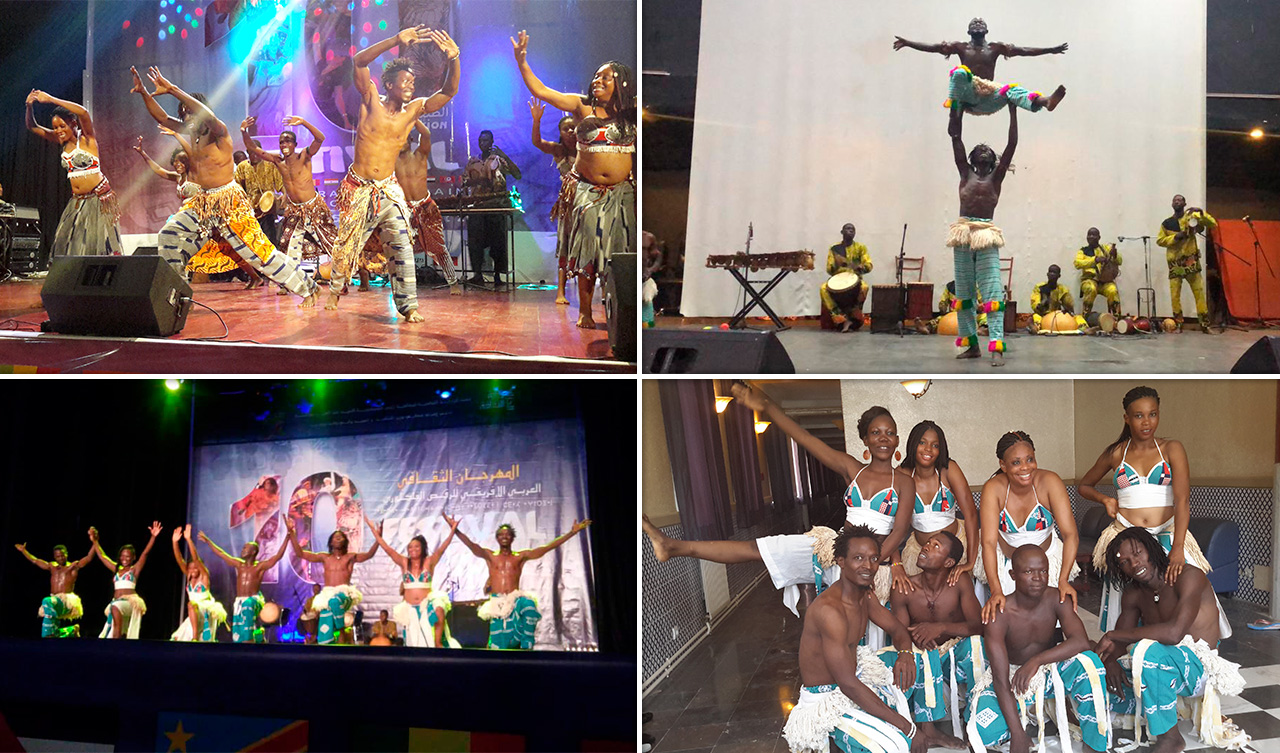 Ensemble Artistic du Burkina Faso is a cultural, apolitical and secular society. It brings together choreographers, dancers, actors and musicians. Its goal is to promote dance and choreography in Burkina Faso, Africa and all over the world.

Resume of the Show

Are traditional dances of the main ethnic groups populating Burkina Faso. They are practiced during harvest, ceremonial events by young and old, men and women for any occasion.

The dancers are characterized by:

They are accompanied in their performances by musicians: drums (tam-tam bourniers), flute "TOUTOUROU" etc, which bring a particular touch to the music.

Today, these dance pats have left the "Burkinabe" terroir to enrich the African and European cultural heritage and inspire many musicians of the modern Burkinabé song.

The action of Artistic Ensemble of Burkina Faso

African culture is rich in plurality and diversity. In the daily life of traditional African societies, and more specifically Burkina Faso, singing and dancing occupy a preponderant place. There are some on all occasions and in all ceremonies. Thus, there are many kinds of dance steps depending on the ethnic group or region of Burkina Faso.

The Company has in its repertoire a wide range of these dance steps, ranging from waarba to kassena through the djeka or senkele. There is also the gourmache, the wiire and li-waaga, as well as mandjani, etc.

That said, the company does not confine itself in performing traditional dance steps. The company also performs in contemporary and acrobatic dance, musical comedy and theater among others. She also has artists who have dealt with circus and other performing arts and the street.

For the company, the transmission of know-how is important. It is a good way to perpetuate the practice of the arts and also to allow their evolution. This is why she often strives to give training in dance as well as in music, theater, choreography, staging...

Although very present in all the forms of the performing arts, traditional dance remains little known and understood by the majority of spectators. Following this sad observation and after several consultations, a group of choreographers decided to set up walk the Ensemble Artistic of Burkina Faso to create a space for traditional dance that remains an essential element for any activity of the performing arts.

Goals of the company

The objectives are multiple: