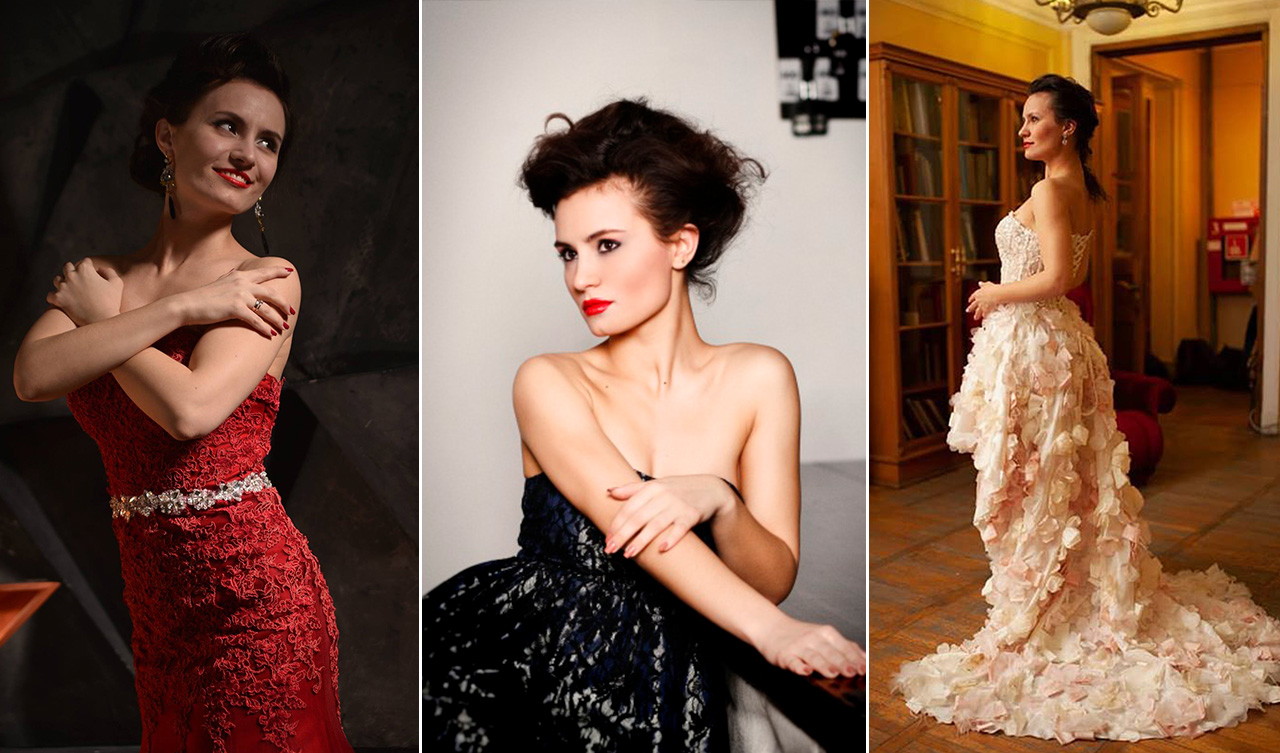 At the age of 9 I was selected for the junior group of the children's choir of the Bolshoi Theatre, sang for the part of the second soprano a year, and from the age of 10 I was transferred to the senior group of the children's choir, where I was selected for the second viola, at the same time my first tour to Germany took place, to such cities as Germany: Wolfsburg, at the age of 12: Bremen, Hamburg, Lübeck and Berlin, at the same age with the production of Turandot - St Petersburg (Mariinsky Theater), at the age of 15 I toured to Lithuania. Vilnius with a Christmas program. Participated in the performances of the Queen of Spades, Turandot, La Boheme, Tosca, Boris Godunov, The Nutcracker, Carmen, Child and Magic, etc., where the children's choir sang. At the age of 20, for 3 years (while W. A. Mozart's opera "The Magic Flute" was going on) she sang the part of the 3rd boy. At the age of 22, when the premiere of the opera Cavalier Rosa Strauss on the stage of GABTA sang the 3rd Orphan. Performances at huge venues in Moscow, the House of Music, the Conservatory. Tchaikovsky Conservatory, the Concert Hall. С. Rachmaninoff Concert Hall, the Tchaikovsky Concert Hall. Gnesins Concert Hall, Philharmonic-2, Temples, Churches.

At the age of 12, she entered the Igumnov Music School in the harp and fortepiano class, participated in all kinds of choirs and ensembles at the music school, sang solo parts, played harp solo bass parts. She toured with harp at the age of 16 to Italy, Italy, where she played solo bass parts. Agropoli, 1st place among 6 countries that have shown their culture in this country.

She began solo vocals at the age of 16-17 years. For five years she studied under Avetisyan Ruzanna Rudolfovna - composer, artist and just a wonderful person, who liberated me in terms of artistry and not to be squeezed on stage, as a solo singer. For three and a half years she sang at Krylova Irina Mikhailovna - the winner of all sorts of vocal competitions, and performed in libraries named after Krylov. The first higher education I received was in economics, the year of study 2008-2013. But music has never left me since I was a child. In 2016 I married a man who shares my love of music, but he himself has nothing to do with it.

She took part in master-classes of B.N. Kudryavtsev, D.Y. Vdovin, N.V. Baskova. Since September 2019 she has been a trainee at the Moscow Youth Theatre "Bravada" headed by Dilyara Muravitskaya. She performs programs of opera, chamber music, music from operettas, as well as in various ensembles and productions.

Every year I believe in my own strength, I do everything for it, I learn more and more new works day and night, I listen to the world idols of opera culture and my idols such as: Edita Gruberova, Sonya Yoncheva, Nadia Krasteva, Aida Garifullina, Renée Fleming, Diane Damrau, Natalie Dessay, Maria Callas, Montserrat Caballe, Cecilia Bartolli, Luciano Pavarotti, Placido Domingo, Jose Carreras, Andrea Bocelli. I want to prove to people that opera is a great art, without which you cannot! Everyone sooner or later begins to understand it, as they grow older, and that the words of the opera are understandable if they are conveyed and sung correctly in vowels and consonants. My dream is to become a world opera diva. I see how what I do inspires people and they enjoy listening to me.